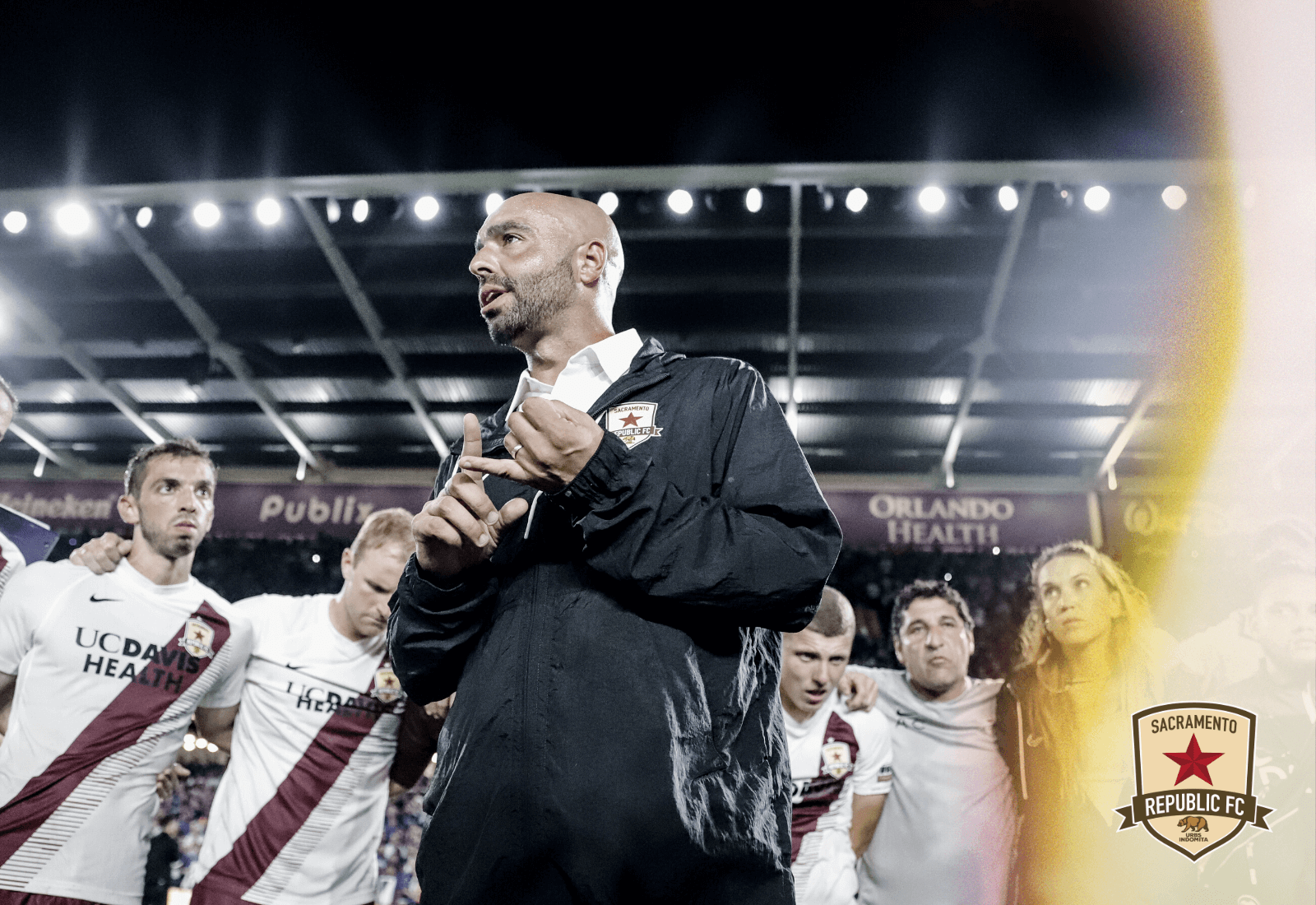 Despite its tender years, Sacramento Republic FC has created a community and embedded itself in the everyday life of its residents and fans. Whether in Heart Health Park or online, fan engagement is key. In their eyes, its super important to relate to their fans and showcase why they’re unique and what is so special about Sacramento. The goal of the club is more than just football, as they aim to serve their community and their cherished city. They also know the value of growing their online brand which was one of the main reasons they switched over to ScorePlay.

When Sac Republic decided to migrate from their previous media asset manager (Hint: it starts with ‘P’, and ends in ‘hotoshelter’), they chose to trust ScorePlay because they saw an opportunity for improved workflows and content outputs. Previously, their flows were disorganised as there were too many folders and no way of automatically sorting and finding the assets - they used PhotoShelter, as well as another file source in order to share assets with players.

ScorePlay has really expedited my workflows. Now with you guys, the players are able to get the assets instantly. During the game, we’re uploading to ScorePlay and they’re able to share their goal-celebration or game-winning goal right after the final whistle - Sierra Sparre, Photographer at SRFC

The pain points were obvious when content around retirements and returning players needed specific assets from years gone by. A member of the content team had to spend hours trawling through their folders searching for the perfect assets. It’s crucial to be able to access those assets no matter when. Today? They can search easily for all their photos and videos from the last 5 years.

And we didn’t just help improve their relationship with fans, as they also felt the increased value they could provide to their partners. Previously, Sac Republic were manually sorting by types of photos, players, activations, and in the end their partners still had to flip through for hours. Now? Bulk uploads, automatic tags, immediate notifications to partners and everything became easy. What took two days is now just a 45 minute process. Dramatically faster than other years, and as they said themselves, their partners are super happy with the change.

'Our players as one of our most valuable assets'

Last year, Sac Republic shot during their games as always but were not not able to upload during the actual game. After the final whistle, the content team began a long night of sorting and editing, before filing their assets manually. Once club socials had been populated, they searched for the assets that would be valuable to their sponsors. Finally, within a few days, they would have updated their online drives so players could access their assets.

We always look at our players as one of our most valuable assets. Since ScorePlay, downloads are increasing every game, and we’ve had little to no questions or issues with the platform - Taylor Soares

This year, everything has changed from the player perspective. Immediately after the game, they can access every asset they need. The players are sharing arrival photos, team content, and downloads are increasing every game. Players are happier now, and even coaches have started posting. Sacramento are right to treat their players as their biggest ambassadors. Clubs almost always have a roster with a larger aggregated following than they do, as players from all over the world curate their own personal brands. This needs to be leveraged to expand the club’s own brand.

From hard drive to cloud

When we first spoke to Sac Republic about the possibility of switching media asset managers, they wanted to make sure that we could provide storage for their archives. We duly obliged. They had 5 years of footage that needed to be classified and tagged by AI. They put our trust in us, and we came through. We help our clubs be better, and they help us be better too.

We had a big ask of having to do the archiving process over one week immediately after ending the subscription with our previous platform (PhotoShelter ed.), so that was huge to be able to do that transition so quickly and effortlessly - Taylor Soares

Why do sports organisations need archiving? Well, Sac Republic have a few great examples for how it helps them keep up and engage their fans and club in the best way. Back in 2021, when their all-time leading scorer Cam Iwasa retired at Sacramento Republic after returning in 2017, the content team wanted to give him the perfect send-off. Only problem was that someone had to find those assets. Hours and hours later, after a gruelling search through photos, they finally got a post out. ScorePlay could have helped.

Fast forward to 2022, when Matt LaGrassa returned to the club after a stint in Major League Soccer, Sac Republic could easily pull up some assets from their archives that had been tagged with his name. No remembering folder names, no endless scrolling, just one quick search and a vastly improved workflow. Media asset management, truly made simple.

Using the tool, their way

More than anything, Sacramento value ScorePlay because of how it allows them to use it their own way. Speaking with the club, we realised that they were also placing some manual tags on celebrations for example, because they know that some of the players want access to that asset too. Artificial intelligence can’t make these decisions, but the software can give you the extra free time so you can help your organisation be the best it can be, for all of its stakeholders.