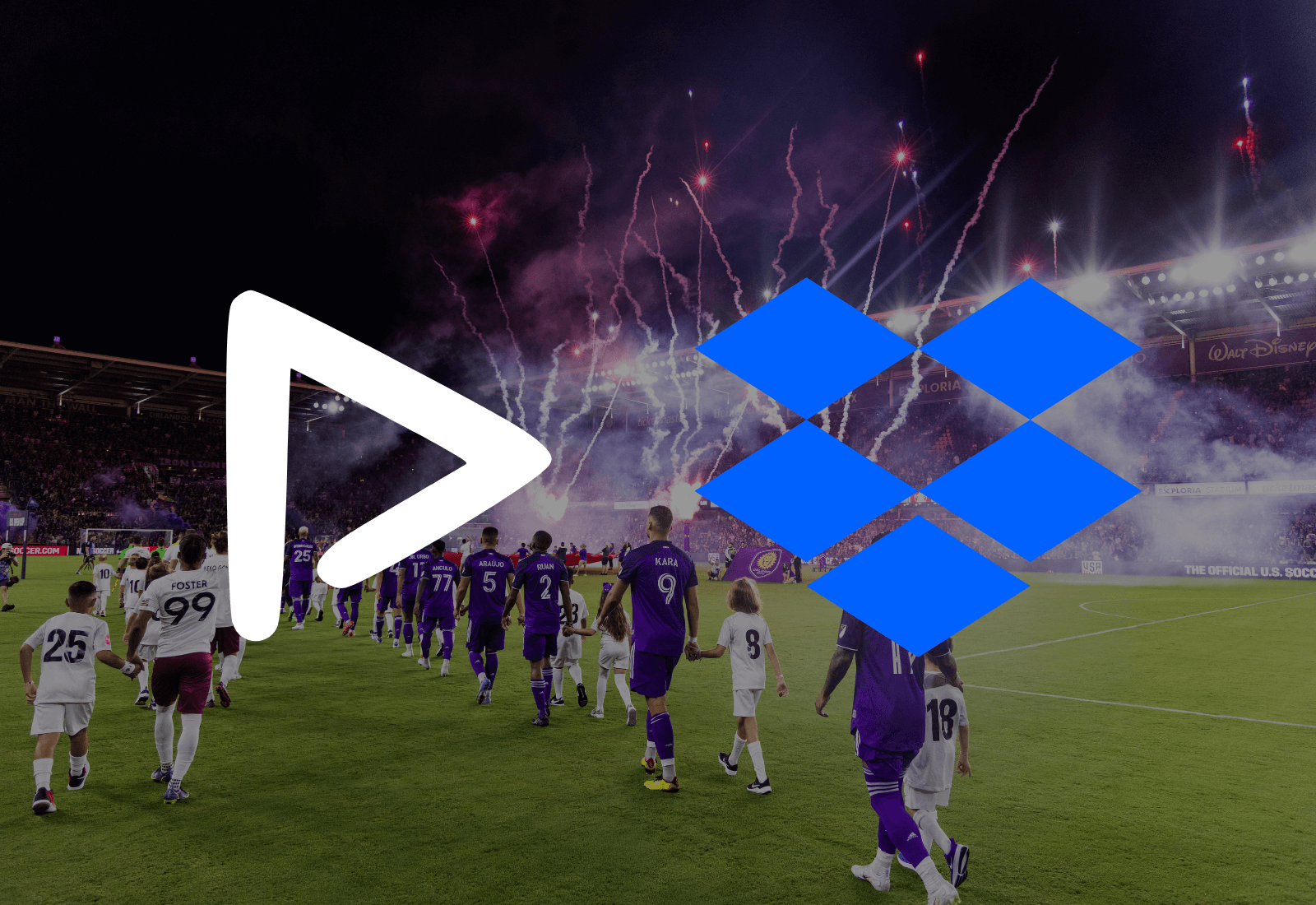 There is an alternative to Dropbox for sharing digital media assets such as graphics, photos, and videos. This alternative needs to have a visual album format for sharing internally, distribution externally and should be completely indexed and searchable. Dropbox is a great tool for amateurs sharing files, but cloud-based file storage systems like Dropbox are just not designed for sports organisations and their video and photo sharing needs.

Dropbox is crucial for many businesses for its cloud-based file storage, as well as file and folder sharing system. But sports organisations need a better alternative for sharing and distributing visual media files like photos, pictures, graphics and videos. For their brand growth and digital strategy, they need to find an alternative to Dropbox for photo & video sharing. And it’s not Google Drive. Media assets like photos and videos are files, but their use is very different from files like PDFs and documents with rich-text embeds. The Dropbox cloud storage system is simple enough, but it doesn’t discriminate. A file is a file. Any time you share photos or videos to your teams, partners or athletes, you want the end user to have a visual and browsing experience fit of your stature and brand and Dropbox doesn’t provide that.

Dropbox wasn’t designed for sharing photos or videos or media assets. Especially when shared in large quantities, these files are much harder to classify, sort, search, find, and manage without clicking on each thumbnail one by one. Total nightmare. When it comes to sharing photos or other types of media, an alternative to Dropbox public folders and shared folders is needed. Luckily, ScorePlay has come on the scene. Many organisations use Dropbox to share versions of photos or media projects, but when it comes to the continuous sharing of dozens or hundreds of images or video assets, Dropbox fails. ScorePlay isn’t necessarily a Dropbox competitor, but it makes the lives of sports marketing professionals infinitely easier in sharing photos and videos.

The need for metadata in Dropbox alternatives

When you use Dropbox, you have to search via file type and file name, or remember the name of the folder you created. You could also be using date metadata. This metadata is critical in finding exactly what you need, fast. But the way Dropbox is built, doesn’t make it easy to search. The only way to do it properly is to be able to see every photo or video thumbnail, and although possible Dropbox, it is not designed for that function. You could of course spend hundreds of hours every week creating a tagging taxonomy logic and go through and tag every photo on Dropbox manually in order to be able to find it later. Then you could explain the whole logic to your intern, and the intern after that, and eventually, 5 years later, all your archived photos would be sorted. Then you could get started on the photos from the 5 years where you spent on Dropbox in your office not speaking to anyone.

Obviously, the primary use for Dropbox isn’t visual media like photos and videos, which is why the lack of metadata is not important for most people. It’s used as storage, as a place where you can just put things, that might be important but probably won’t be. But a Dropbox alternative for media sharing is critical for sports organisations sharing photos and videos because life without metadata is inefficient.

Dropbox sharing is really pretty simple. Grab a link with the appropriate permissions, and then email it to people or text it out to them on WhatsApp. They get their invitation that they can respond to, or not. But this isn’t collaborative. It’s clunky. If you’re going to share a public folder full of photos or videos on a continuous basis (Every day for example?), neither solution makes sense. Soon enough, you’ll be crowded by email threads and text conversations, confused by old links, wasting precious time you simply don’t have. Welcome to Dropbox aye?

Sharing new content both internally and externally on a regular basis is another reason sports organisations that are sharing media need an alternative to Dropbox. Something like ScorePlay where you can easily collaborate on projects, work from the same platform and media hub. All your tools. All your teams. No more email threads.

When a sports organisation shares photos and videos, it’s often to push their partners or athletes to put these assets on social media. The organisation really wants that media to be published on different channels, typically on social media platforms like Twitter, Instagram, TikTok or YouTube. Dropbox doesn’t really allow you to distribute automatically. Ideally you’d want a tool that tags your media assets automatically, and then sends them out to your biggest ambassadors. So they can start posting, and you can start seeing your brand grow. That’s why an alternative to Dropbox for media sharing is necessary if the goal is to have users share content.

The need for an alternative to Dropbox is compounded when sharing to social media is part of the digital strategy and needs to be tracked and analysed. Those functions are impossible with Dropbox. An app like ScorePlay’s can tell you exactly who has downloaded photographs from your team and where they posted them to.

When sharing media with Dropbox, you’re not really using Dropbox to share the media assets. Dropbox hosts the media, but the sharing usually happens with an email, a Discord, Slack or Teams message, or a text that includes the Dropbox link. Every Dropbox users end up with endless emails with links, and a lot of links to manage, and this is stressful and unneeded in a sports environment where you really need to be good with your time. Shareable links on Dropbox are close to torturous, making you and your team seem like amateur in a global industry. An all-in-one media hub would give a place to collaborate easily, on all your digital media assets, and communicate directly on the platform itself, for a perfect digital strategy.

The alternative to rule them all: ScorePlay

Whether it’s managing your live workflows, editing and sharing content, organising your events, archiving your historical content, content requests or monetisation - ScorePlay offers a simple solution for your sports organisation. The only solution on the market that has been made for sports, by sports.