A Conversation with Nat Black-Heaven

A 15-minute interview with the man behind some of the top teams and players social media from the Premier League and Serie A.
by
Peter Starr 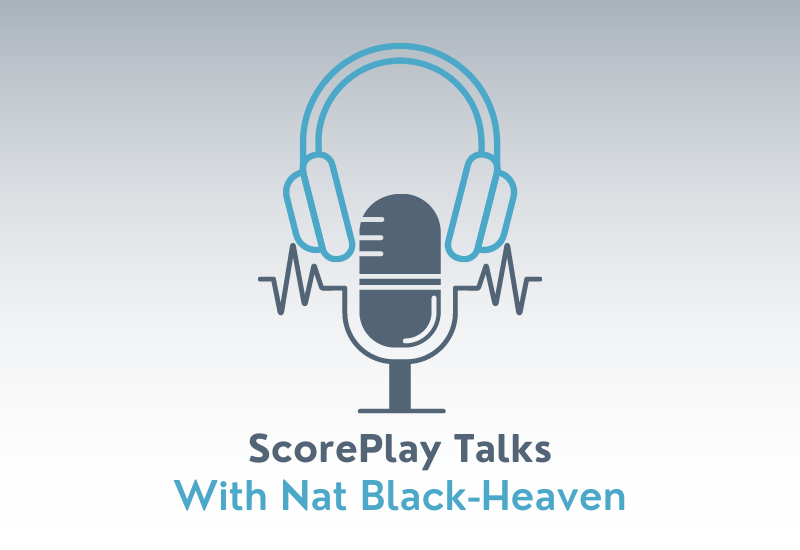 How would you say the landscape and the importance of social media within football has kind of evolved over the last 10 years?

If you think of the audience now compared to several years ago, the only way you could really see football was either on TV or physically in the stadium. There are limitations because the games were not available in certain parts of the world because of rights restrictions or time difference or the price. If you take the Premier League for example, you can’t watch the Saturday 3pm kick off in the UK! But you can watch it elsewhere in the world.

And now you're able to get the product - the football - at various different angles and streams at all time. And you get access to behind the scenes, interviews and so much more content that you couldn’t get before. All that delivered to you in a whole 360 degree ecosystem that social media has allowed. That’s why it has become so much of a beast. Just look up audiences of social media: All of a sudden the 80,000 seat stadium is amplified now and becomes 80 million or 60 million.

So yes, social media is such a big part of football now. And we're seeing various brands or athletes even get involved just for monetization purposes to help grow their own brand. So for me, it's the biggest part of the game.

Real Madrid's former head of digital said that, football clubs are first and foremost sports teams, but that today they're ultimately content companies. What do you make of this statement coming from the world's biggest club?

It's absolutely true. At the end of the day, the content that you're going to make for the club will be football related content. But it’s alway football first, content next. The football alway comes first.

I think part of the role of social media within football clubs at the moment is to engage their audience. And the thing is that now, they want to see more than just the football being played on the pitch, they want to know who these athletes are. They want to go into their lives. They want to know more and more about them. And what we're starting to see, especially from my experience of working with athletes is that when we post on social media, it’s more of a behind the scenes nature, like fashion, gaming, food, travel, and so on that engages fans the most because that's something that they don't necessarily get to see anywhere else. Every week, they get to see the football and their favorite players playing on TV, but they don't get to see what they're having for breakfast every morning or how they're dressed when they're not in their football kit. And the clubs definitely play a part in creating that content for their audience to engage and connect with them.

Clubs are indeed becoming content creation beasts. When you think about it, there is a whole production involved in this now. Clubs like Manchester City that are making documentaries and developing Smart TV Apps to access exclusive content for example. There's a whole content production behind all of this now to do what I've just said, and really go in depth in behind the scenes to show what actually goes on off the pitch, which is what fans want to see. And it's a multimillion dollar thing.

So, I think that's exactly what they mean by it. It's a whole content creation production system that's now in place.

Clubs are becoming mainstream media brands. Do you think the Ronaldo to Juventus and United or Messi to PSG deals was an indicator of this shift?

Absolutely. Just look at some of theses moves. Obviously these players are still some of the best players the world right now and they of course have an impact of the performance of the clubs they’re in. Take Ronaldo at Manchester United and his 5 goals in 5 games for example. But at the same time, they also have to be commercially aware. That means that, you know what it's going to do for the business in terms of jerseys or ticket sales.

What PSG did this summer by signing Messy obviously, Donnarumma, Ramos, Hakimi, Wijnaldum and keeping Mbappé and Neymar, they assembled their All-Star cast, and will literally brand this new team as the Invincibles. That is their brand. It was like the new Galacticos of Real Madrid. And they will leverage it and use it in all their marketing promotions. Why? Because they're the faces that people want to see. They know that when they smash a Messi post on Instagram, it's an automatic 1 million like, and they can then go to their partner and say, we can guarantee you an average of 1 million likes, and we want this much money for it.

So, when you have these players, these athletes, it automatically becomes so much more than just the football.

Big clubs are increasingly going beyond sports: they make apparel, TV shows, YouTube videos, memes, Wolves even have a music label. Do you see this as a major trend that all clubs will follow? Is that a structural shift within the game?

100%. I always talk about the 360° content crossover. You have to look at your audience and your  demographic. When you think about it, the average Chelsea fan on socials, for example, they will probably be somewhere between the ages of 13 and 30. Now, if they show an interest in football, they are most likely going to show an interest in music, fashion, gaming, health and fitness and so on. Therefore, a social media manager or content manager needs to be aware of other ways to interact with this audience. And thanks to the data and social media, you can start to figure out different areas to engage your audience just outside of football, because it goes back to what I was saying before: your audience, they get the football, they see it twice a week on TV, how else are they going to be interested in our content?

So can we create a music label like Wolves and do some really unique stuff with music and local artists in the area of Wolverhampton? Can we create our own fashion label and create really cool clothing? Especially now that kits have become lifestyle clothing items. You want to be seen walking in the street with your Leipzig jersey because it’s cool and the fact is they cost a lot of money. You want to show that you're part of that exclusive group. Or even more telling, take the PSG and Jordan collaboration or Juventus and what they did with Palace, the skateboarding brand. You want to be seen in the kit that costs 180€, for example. So it becomes a whole cultural identity.

So yes, absolutely that they're going down different avenues, and it's a whole 360 degree crossover because how are we going to keep innovating to get new fans, new followers. That’s the main concern.

Let's take a music fan that knows nothing about football and convert them into a Wolverhampton fan. Let's partner with some of these local musicians to turn her into a football fan and make her come to us.

That’s what they're doing. They’re using these methods to convert fans, to follow them, to then monetize them and gain brand loyalty. It's a major business strategy.

What do clubs need to do strategically to become media brands? How do they go about this?

It's a whole production. This is just not just within social media. This is about a whole branding shift and a branding change. For example, Juventus completely changed the way they were perceived, and strayed away from their Old Lady image.

When your nickname is the Old Lady, it’s difficult to go into the youth culture. Now they brand themselves with the Live Ahead mindset, changed their logo, they’ve adopted this whole Live Ahead brand as a lifestyle, cultural, social media identity that is associated with Juventus and is all about music, fashion, culture and so on. They make events all around the world with Hip Hop dancers, Street food and this type of stuff. They completely shifted their image and branding around this Live Ahead mindset and lifestyle.

So it's not just social media, it’s the event team, the marketing team, it’s the branding team, and so on.

This is part of the reason why they do these international tours as well, to connect, gain new followers and move away from the traditional sport in the country that they operate. They want to see other areas. If you look at the United States, for example, football or soccer, it isn't their number one sport.

So how are they going to get into this? Just playing a game is not enough. What else are we going to do around the event to bring people? It becomes a lifestyle product to a certain extent.

In your opinion, are football clubs ready to modernize their processes and start using tech to help them become big brands?

This is a very interesting question, because I think clubs are touching the surface, but they are not quite there yet. Mainly because tech is ever-evolving and we're seeing new exciting products come in all the time, but you don't necessarily see them work. There's a whole host of examples like eyewear, for example, like Oculus and VR that has not taken up in the direction that they would've liked to.

But I think in terms of football, there’s something that probably needs to be done on it because there's other leagues like the NFL and NBA, which are very tech driven and we are not seeing this even with the most technological football leagues like the Premier League.

I think with ScorePlay, what's great about you is that you're in the know and you're ahead of everything else that's out there already. What you do with clubs now in terms of photography and media, it’s great. I only see you guys expanding. So I think ScorePlay is a company that will definitely help clubs and brands break the barrier of content, content production and media.

This interview was conducted on October 4th by Peter Starr. Thanks to Nat for taking the time to speak with us and give his incredible insights about the place and future of social media in the football industry! 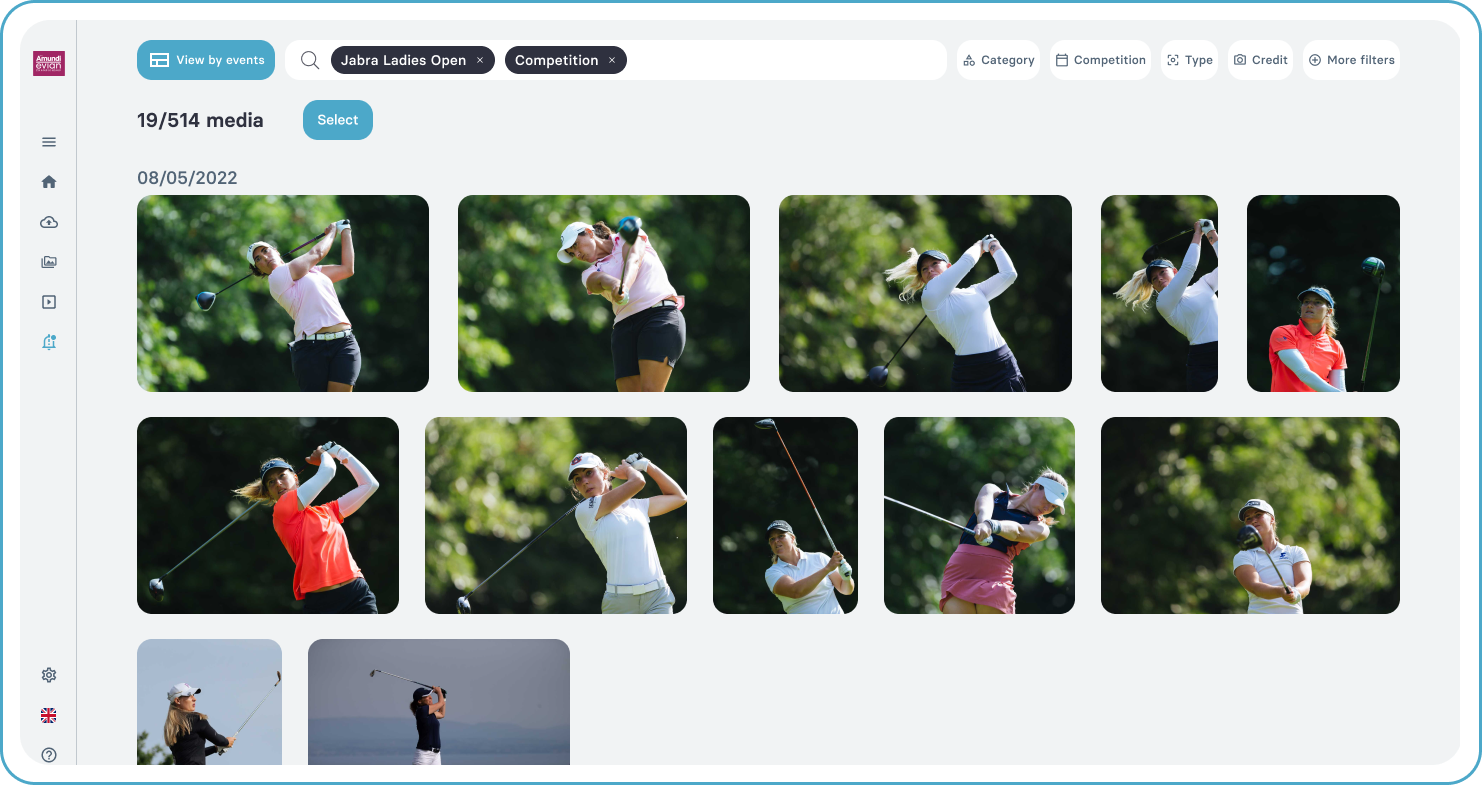 Fill the form below, and we'll be in touch ASAP.