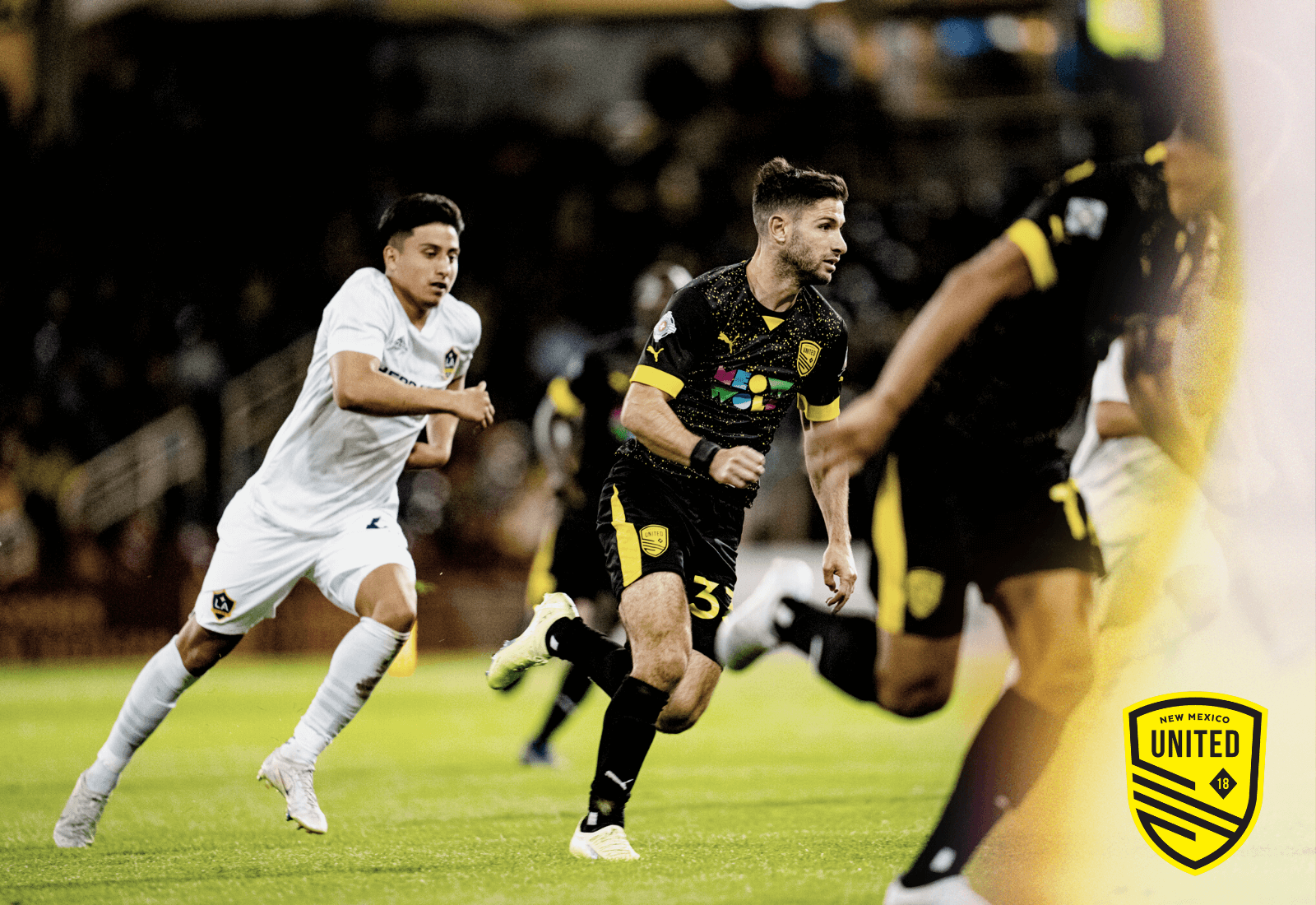 More than just a kit, a way of life

On the 9th of March 2022, ahead of their USL season opener against Las Vegas Lights (which they won by the way), New Mexico United began the jersey unveiling of all jersey unveilings. More than a shirt, they unveiled a way of life.

The campaign began with teasing blurry images of their jazzy yellow away kit, toying with their fans emotions. If you know NMU, you know they don’t do half measures. And then, came a piece of art. A majestic video, overlaid with poetry showcasing that they’re more than just a club, they represent the region, the state, the history. ‘The greatest story ever told’, poem written by local artist Mercedez Holtry from Albuquerque adding that extra layer of New Mexico’s community-first approach.

And how could they possibly top that for their home kit? Not many would try. Fewer would manage. They did. This particular announcement video followed a different aesthetic, channelling their main shirt sponsor MeowWolf, the arts and entertainment company based in ... you guessed it, Santa Fe, New Mexico. They create immersive and interactive artistic experiences that transport audiences into fantastic realms of storytelling and exploration, and NMU captured this perfectly. The song in the background? An unreleased song by Albuquerque’s finest upcoming artist, Jay Scribe. A local club showcasing local fans and talent.

Not many top clubs can boast a design that had football shirt forums and channels foaming at the mouth, let alone second division teams. Even NMU’s owner, Peter Trevisani, appeared on TV wearing it. Big or small, NMU know that their effort is appreciated by those they value most: their fans.

Regardless of the size of their fanbase, New Mexico United treat every single fan as family, striving to create great merchandise and content. They put immense value on la familia. In the height of the pandemic, NMU started the Somos Unidos Foundation to make sure that their promise of bringing positive outcomes to every New Mexican family, was upheld.

‘New Mexico United is so much more than a football club. It's a platform to unite the worlds of art and sport; to elevate poets, musicians, dancers, and muralists to the perceived societal stature of professional athletes. It's also become the greatest force of positivity and unity in our community. New Mexicans are deeply proud and constantly overlooked. This club is an opportunity to show the world exactly what we're all about.’ - Josh Lane, Creative Director

This is also transferred to online, where they often retweet their own fans, as they did hundreds of times after the shirts announcements, creating a sense that everyone’s opinion and voice matters. Therefore they endeavour to have NMU on every possible platform in order to connect with as many different fans, with as many different mediums. Fan engagement is more than just the stadium and it’s constantly developing so clubs must look to innovate on the newest platforms to continue to engage the different strata of their fanbase.

Part of the ScorePlay familia too

And how does ScorePlay help? In this particular case, each kit launch had around 500 high quality images that were then redistributed to each unique athlete. No combing through your teammates' photos because thanks to the ScorePlay Athlete App, you can see just your content. With a dependable distribution strategy, the club can rest easy knowing their biggest ambassadors have the opportunity to increase the reach and promote one of the best kits of the season. This meant that NMU had the exact feature they needed for this launch to distribute their assets correctly. The media asset management platform made for clubs, by clubs. #SomosUnidosTambien

We help organisations like New Mexico United classify their media assets with automatic AI-tagging, so they can distribute them quickly and automatically to their content team, players and sponsors. No wasted time, just pure content creation and optimised workflows.