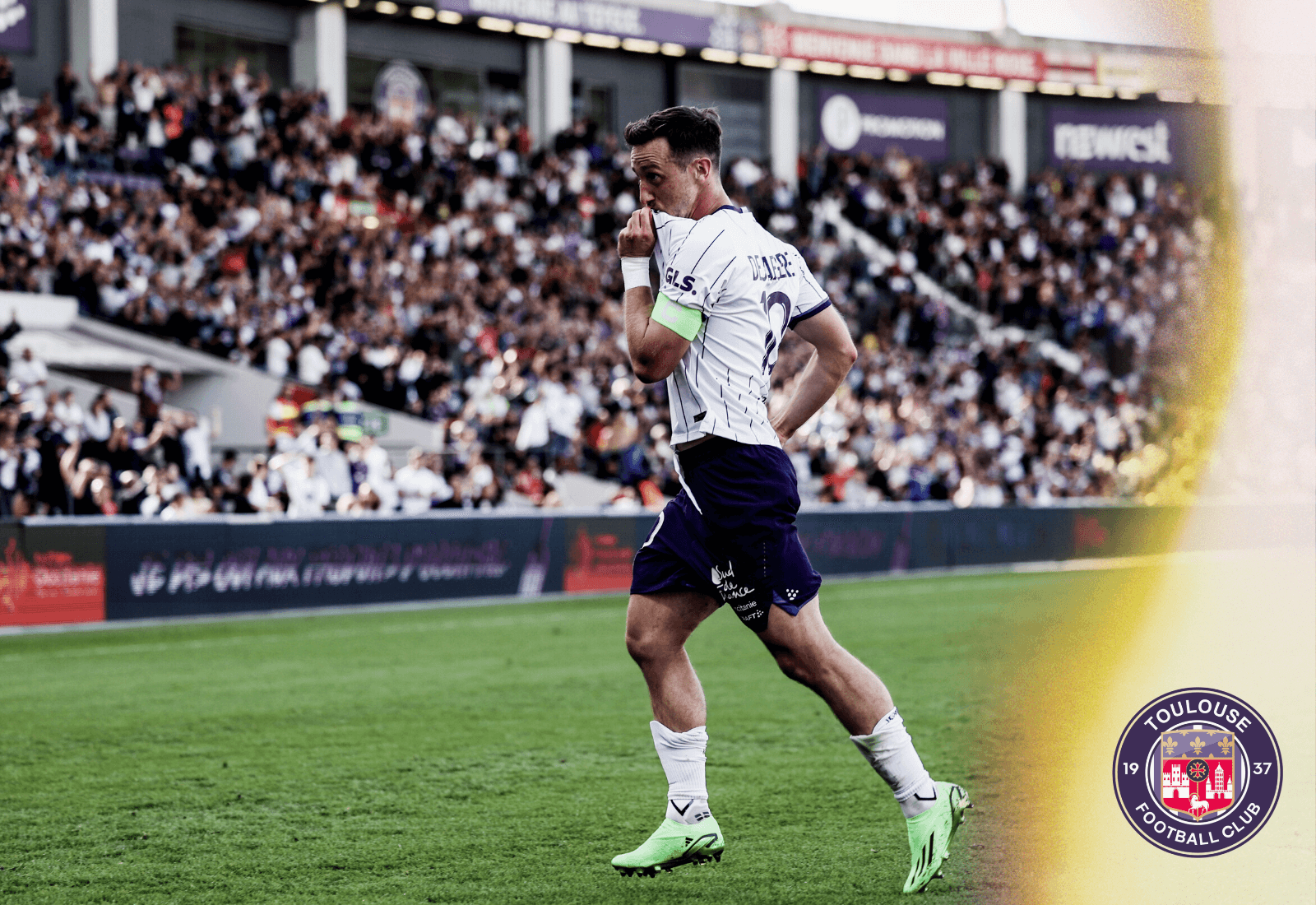 On Saturday 7th of May, Toulouse FC celebrated their promotion back to Ligue 1 by winning the Ligue 2 title for the first time in almost 20 years. Their opponent? Nîmes, who despite putting up a fight were defeated by the Toulousains 2-1. The day had started with a wild welcome for their players on the bus, with flares, chants and celebratory vibes. Families, children and citizens were ecstatic to honour their club’s achievement. As a sea of purple descended on the stadium, a communal feeling of elation was all around.

The historic club filled their stadium with adoring fans, with the party continuing all the way through the ninety minutes. As Toulouse went ahead, the stands erupted and as the referee blew the full-time whistle, the fans stormed the pitch. These are the kind of moments that one remembers and wants to capture eternally with their smartphone. As they had done pre-game, fans continued submitting their assets through their new in-bio-link, providing unique content that would be valuable to any club.

Now your club could do the same, with ScorePlay’s simple link-in-bio. Linked in Toulouse’s Instagram bio, and promoted with a single story: over the space of a few hours, hundreds of photos were submitted and moderated on their platform and immediately classified. Unique fan-generated content that captured the magic of the day and the fanbase. And that’s not all. Shared again on Twitter a few days later, another couple hundred submissions were received as fans relived the momentous day. Over 5K visits to the link, and over 500 submissions. All simple.

This day wasn’t just about the fans though, but about celebrating the squad who were outstanding for their club this season. Over the weekend, 41 players and staff used the ScorePlay app to access assets. Over 230 media assets were downloaded and many subsequently posted on social media, expanding the reach of the club to all corners of the globe. Athletes are a team’s ultimate online ambassadors in a new era of influencer marketing and individual brands. A squad almost always has an aggregated following larger than that of the club as the below graphic showcases with Toulouse’s being 30% larger than that of the club.

Optimising the process of giving these ambassadors the best quality assets right after the game or celebration means that they are more likely to post and organically promote the club’s brand through their own following. ScorePlay allows clubs to seamlessly distribute their assets to their best advocates.

Since we started ScorePlay, we wanted to make media asset management simple for our clubs. We started by concentrating on clubs and their asset classification, then we moved to distribution to sponsors and players and automating everything. Finally, after we decided we needed to also provide something for the fans. Simplifying user-generated content was our first step as a pain point remained: how do you gather fan content seamlessly and at scale? In the past (and in the present if you haven’t signed up to ScorePlay yet), clubs have tried WhatsApp groups, emails, Twitter callouts ... but these techniques cannot truly be used on a large scale because of the resources necessary for it to be a success. But we specialise in media asset management, so why not just have UGC fed directly into our clubs’ platforms?

Making it easy for our clubs ✅

All we needed then was a way to give fans an effortless experience. We decided that the best place to implement our plan, was to create a link-in-bio directly on Toulouse’s social media. This would allow their fans to interact with their team, where they are already logged in, making it simple for them to engage. The result? Slick link-in-bio where fans could easily make submissions directly from their phone and favourite social media platform, and they’re fed directly to their club’s ScorePlay platform.

Making it easy for their fans ✅

Our new UGC in-bio-link allows clubs to engage their fans directly on their social media platforms. This fan-centred update offers clubs new chances to be creative with contests and unique fan-generated content opportunities. If anyone has ever celebrated a win with their team, they know that feeling of pure elation and feeling of community. We took a new approach and veered away from the classic club-app model, as we wanted to create something for our clubs that put the emphasis on the fans, and allowed them to interact directly, so they can truly feel like the 12th man before, during and after the game.

ScorePlay optimises media asset processes so sports organisations can concentrate on content creation to further engage their fans. Live mode allows assets to be processed directly from photographer’s cameras through FTP connection and the dedicated Player App makes it easy for the club’s best ambassadors to post immediately after games, without the hassle of Google Drive or Dropbox. Media asset management and UGC made simple.